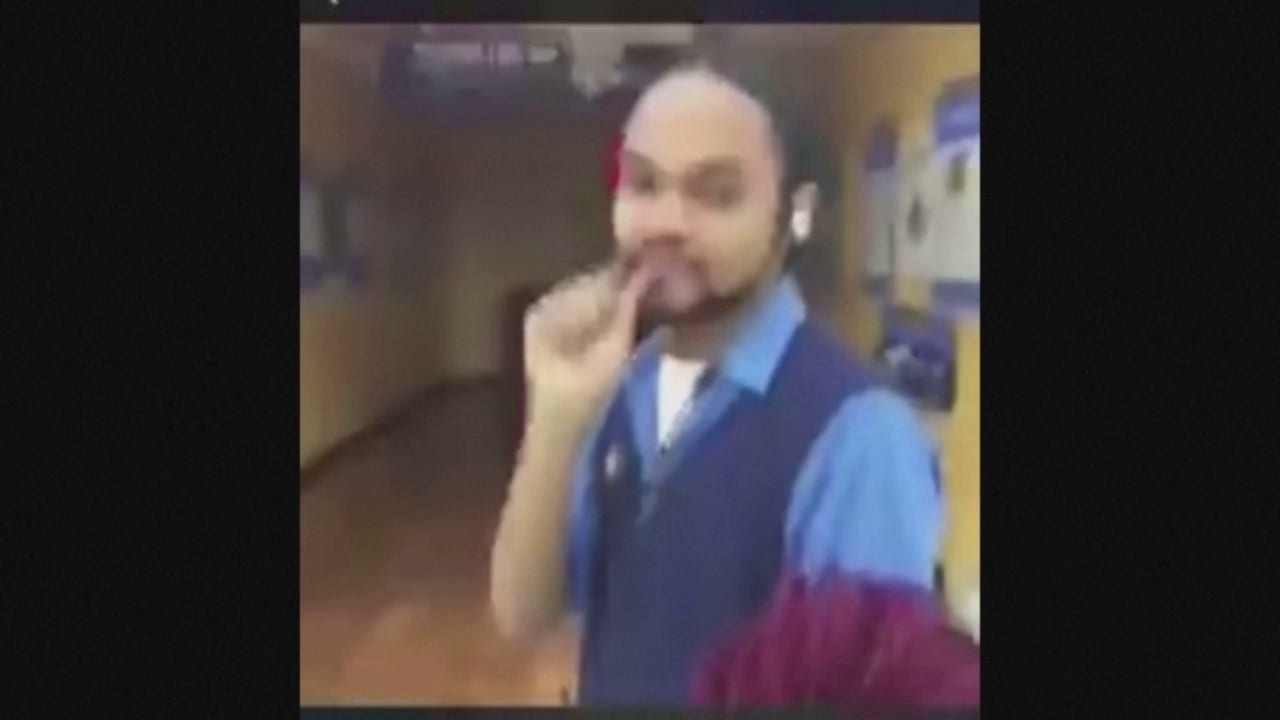 Video has emerged claiming to show Andre Bing — the suspected gunman behind a Walmart shooting in Virginia this week — at work and laughing with coworkers.
The video has been making rounds on social media after being posted to Facebook by a person claiming to have worked with Bing.
CHESAPEAKE, VIRGINIA WALMART GUNMAN HAD MANIFESTO ON PHONE: REPORTIn the footage, Bing can be seen talking to fellow Walmart employees.
He is seen recounting a story about driving a vehicle as a woman films using the phone's front-facing camera.
It is not clear when exactly the video was taken, but the clip was reportedly uploaded to Facebook on Tuesday.
"BOY YOU SICK AF AND ITS CRAZY I GOT SO MANY VIDEOS WITH YOU," Draayia Janaee, who posted the video, wrote on the Facebook post.
Chesapeake city officials identified Bing as the gunman believed to have killed six people before police say he turned his pistol on himself.
WALMART SAYS IT IS ‘SHOCKED’ BY CHESAPEAKE STORE SHOOTINGBing was an "overnight team lead and he’s been employed with us since 2010," the company said Wednesday in a statement to Fox News Digital.
The 31-year-old from Chesapeake was "armed with one handgun and had multiple magazines," according to the city.
"While details of the tragic incident in our Chesapeake, Virginia, store are still emerging, authorities have confirmed multiple fatalities.
We are focused on doing everything we can to support our associates and their families at this time," Walmart said in a statement.
The chaos ended after police say the shooter, who was armed with a pistol, turned the weapon on himself.