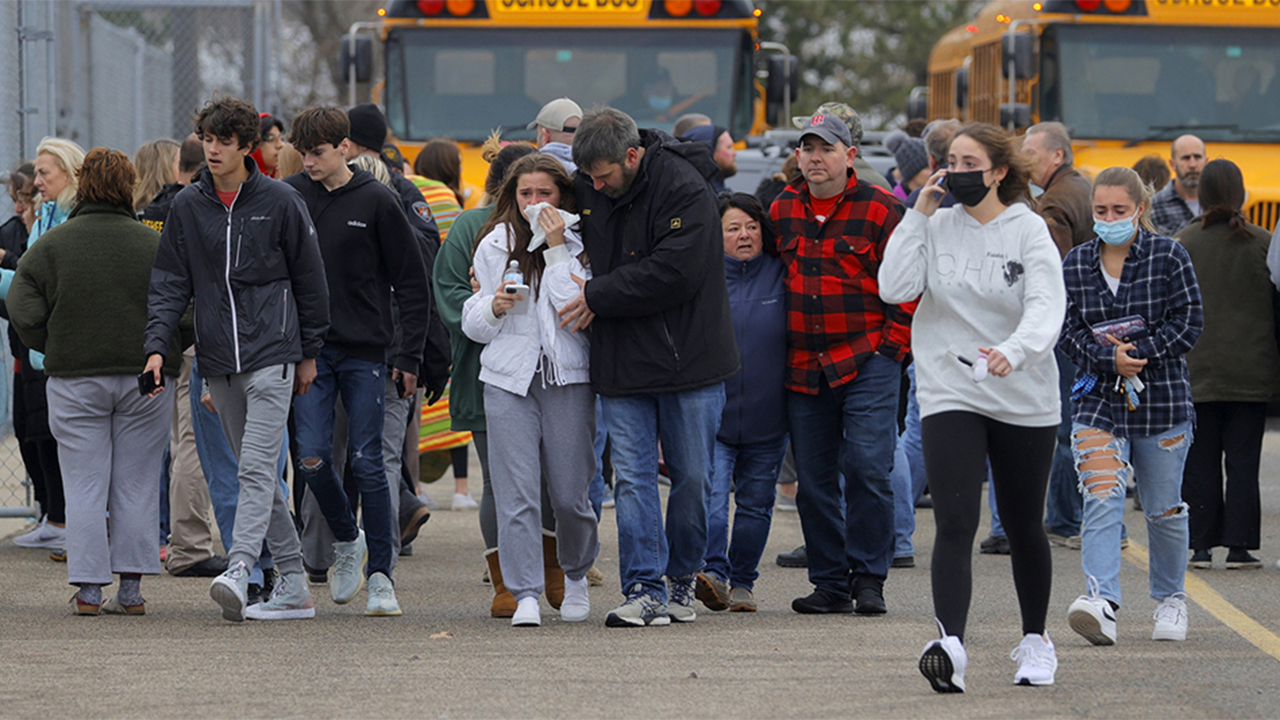 A Michigan district judge on Wednesday ordered the release of surveillance video and police reports from the November 2021 Oxford High School shooting, which left four students dead and seven others injured.
Judge Rae Lee Chabot ordered the release of the materials in attorney Ven Johnson's case accusing the then-15-year-old shooting suspect, Ethan Crumbley; his parents, James and Jennifer Crumbley; and school staff of negligence after Johnson subpoenaed the Oakland County Sheriff's Office and Oxford Community school district for those materials.
OXFORD SHOOTING SUSPECT ETHAN CRUMBLEY: MICHIGAN SCHOOL STAFF SHOULD HAVE SPOTTED ‘RED FLAGS,’ SUIT SAYSJohnson believes video surveillance from outside and inside the school, as well as the sheriff's report, could display information essential to his case accusing the Crumbley family of negligence and the school district of gross negligence.
Johnson's complaints were filed on behalf of the parents of five Oxford High School students, including Myer, Shilling, survivor Keegan Gregory, and survivors Sophia and Grace Kempen.
FAMILIES OF OXFORD HIGH SCHOOL SHOOTING VICTIM REACT AFTER BOARD AGAIN REJECTS INDEPENDENT INVESTIGATION"I will absolutely be putting into evidence footage of the videotape.
You're darn right I would do that because I've sued Ethan Crumley, his parents and the school district that should have prevented the shooting from happening," Johnson explained.
"We fully expect that Oxford Community Schools, Oakland County/Oakland County Sheriff’s Office will fully comply with the law and Judge Chabot’s order," Johnson added.
OXFORD HIGH SCHOOL SHOOTING VICTIM TATE MYRE'S FAMILY, OTHERS SUE CRUMBLEYS, SCHOOL STAFF"To me, this is an admission of guilt," Buck Myre, father of deceased 16-year-old Tate Myre, said at the time.
They're in high school.
Authorities say Ethan Crumbley used a pistol his father, James Crumbley, bought on Black Friday, Nov. 26, 2021.
The 15-year-old suspect was able to convince them during the meeting that the concerning drawings were for a "video game."
The shooting has resulted in several lawsuits, including two that seek $100 million in damages each, against the school district and school employees on behalf of the family of two sisters who attend the school.