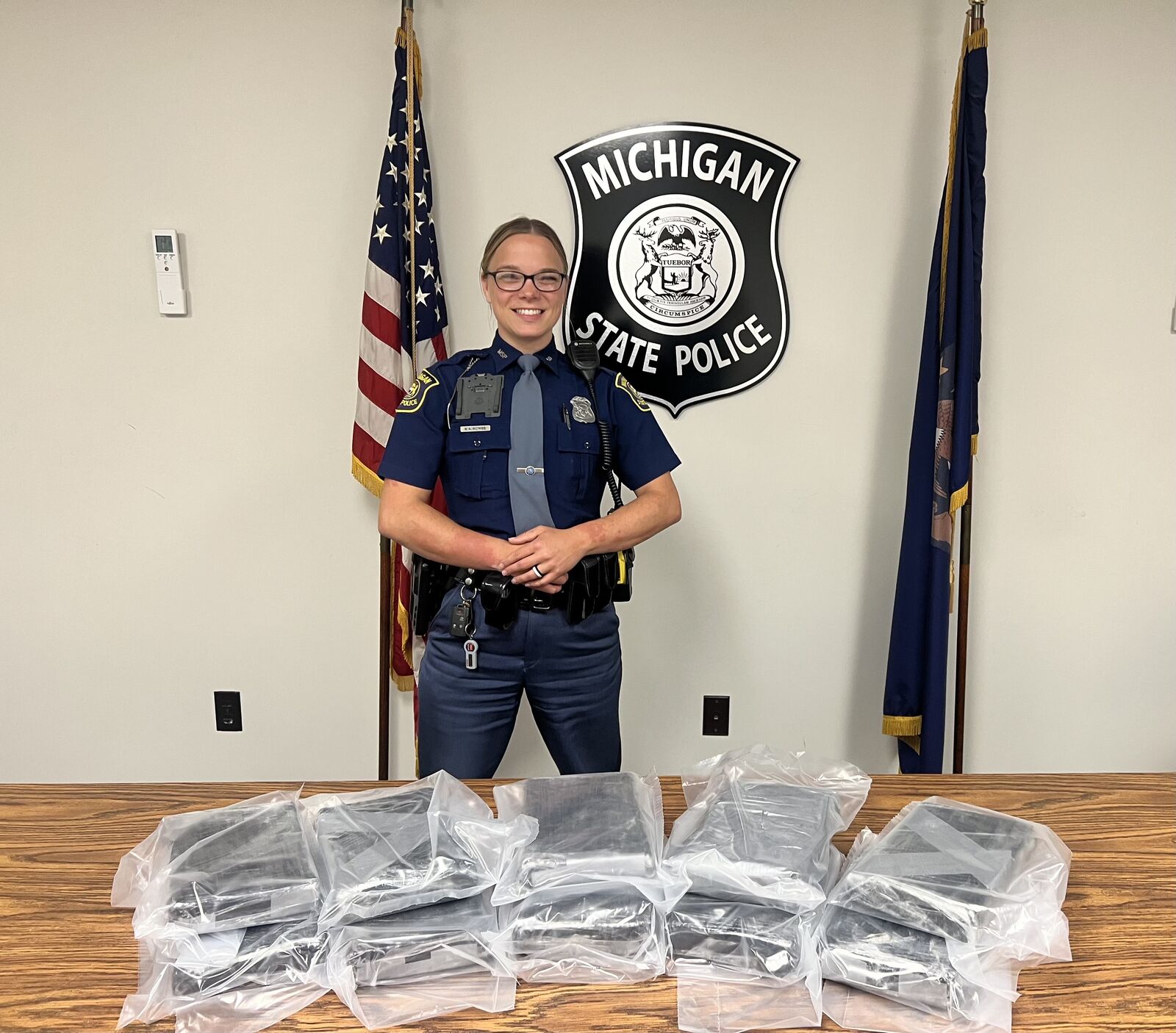 Michigan State Police arrested three people and confiscated nearly $1 million worth of cocaine following a recent traffic stop.
Troopers stopped a vehicle on July 27 for a traffic violation.
The driver authorized a search of the vehicle after police noticed the occupants behaving suspiciously, MSP said, according to Fox 17.
The vehicle would later crash, but there was nobody inside when troopers arrived.
Troopers discovered 22 pounds of cocaine in the car.
MICHIGAN STORMS LEAVE NEARLY 110K WITHOUT POWER, FLOOD ROADSMSP said the cocaine recovered has an estimated street value of $985,000.
According to troopers, law enforcement was able to locate Daquane Wilson, 27, with a baby inside an outbuilding.
Another suspect, 22-year-old Jadzia Cobeo of New York, was found with a toddler near a swamp.
DEA SEIZES 13 POUNDS OF HEROIN/FENTANYL AT BRONX PACKAGING MILL, 2 MEN ARRESTEDPolice also arrested 50-year-old Nedra Thompson, MSP said.
All three of the suspects are New York residents.
Wilson and Cobeo were charged with fleeing from authorities, resisting and obstructing, carrying more than 1,000 grams of cocaine with delivery intent and fourth-degree child abuse.
CLICK HERE TO GET THE FOX NEWS APPThe three suspects all face a maximum sentence of life behind bars and could be required to pay a fine of up to $1 million.