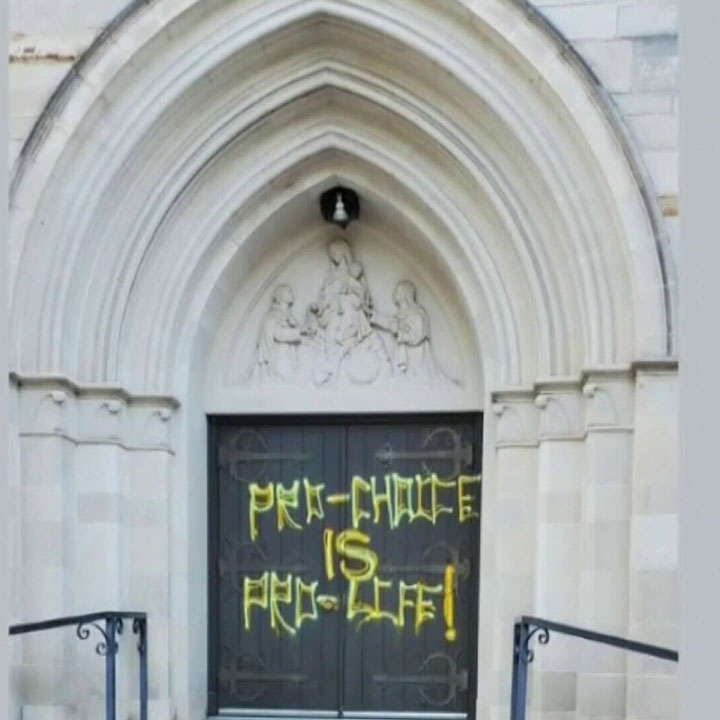 For centuries, Catholics have sought to foster a culture of respect for all human life and contribute to the common good for all people in this country.
These services are offered to everyone of all faiths, or none at all, regardless of their race, immigration status, country of origin.
This legacy of civic engagement is rooted in our faith.
Catholics undertake all these activities because we have encountered Jesus, who, by his words and actions, teaches us to serve others.
Indeed, we seem to face growing hostility for putting our faith into action.
Governments have attempted to force pregnancy resource centers to communicate messages that undermine and run directly counter to their very mission.
Indeed, we seem to face growing hostility for putting our faith into action.
Since 2020, there have been nearly 140 reported acts of vandalism and arson on Catholic sites in the U.S.
While the precise motivations for some of these incidents were unclear, in many cases, the vandals clearly intended to attack the Church’s position of respect for all human life.
It means having the freedom to live out your deeply-held religious beliefs, to carry your faith outside the walls of a church and to put that faith into practice.
The threat of violence against people of faith is antithetical to human rights.
During this time, we encourage Catholics to pray for religious freedom, both here in the United States and around the world.
Source