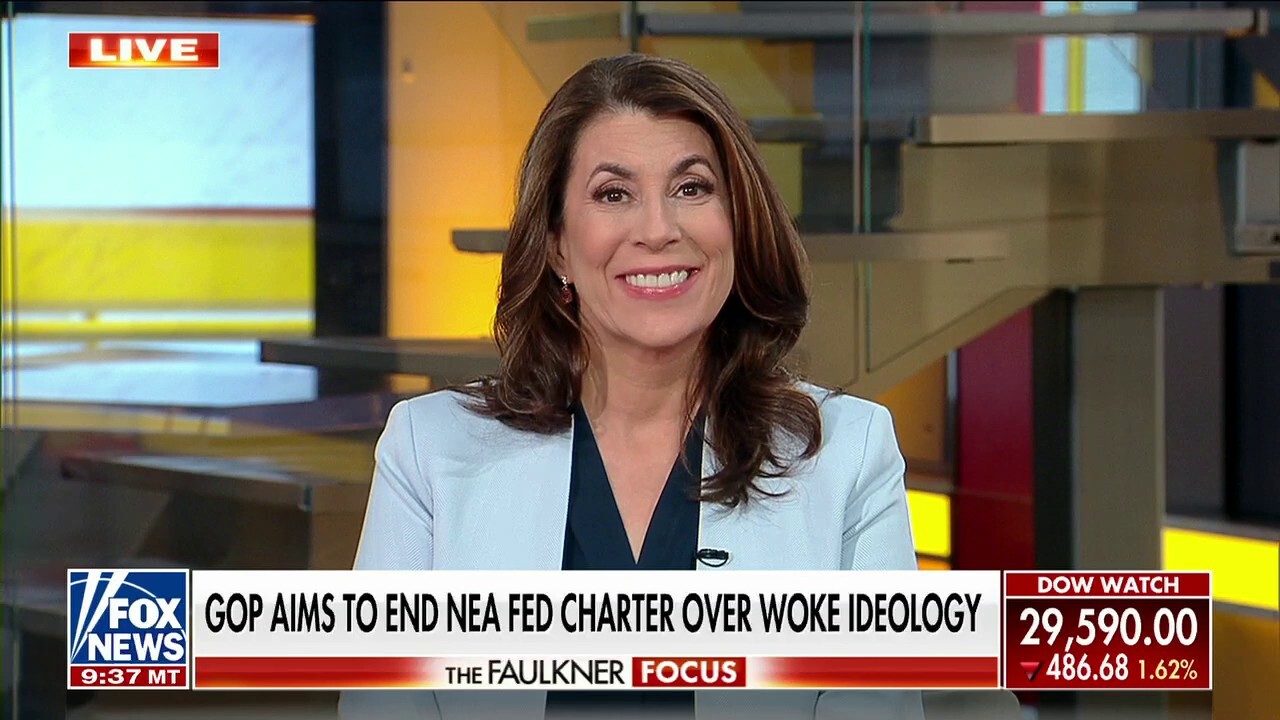 NEW You can now listen to Fox News articles!
Fox News contributor Tammy Bruce joined "The Faulkner Focus" Friday to discuss Republicans' plan to end the National Education Association's federal charter due to the union pushing woke ideologies in schools.
Bruce argued that teachers' unions are "fronts" for liberal groups and ideologies that put the focus on woke policies instead of children's wellbeing.
NEA TEACHERS UNION SPENDING $140K FOR 'ENEMIES LIST' OPPOSITION RESEARCH OF GROUPS TURNING UP HEAT ON SCHOOLSTAMMY BRUCE: Because like with unions, people at the top get very rich and they stopped representing teachers a long time ago.
When the vice president said a word that started with "c-h," I thought she was going to say children, but she didn't.
Of course, you wouldn't say that.
Unions now are fronts for leftist organizers and everyone who's attached to it by proxy - children or teachers or workers - are expendable.
They're a shadow in the midst of what the left is doing.
No one's made a commitment, and certainly, they pretend to care about who it is they're in charge of.
But this is particularly important, and we must remove government from any kind of legitimacy from the NEA.
We've got kids now we know are behind two and three years because of missing one year and nobody's thinking about how do we catch these kids up.
And that's why parents need to have power back and recognizing that they should be in charge of this money so that their children get what they need.
Source