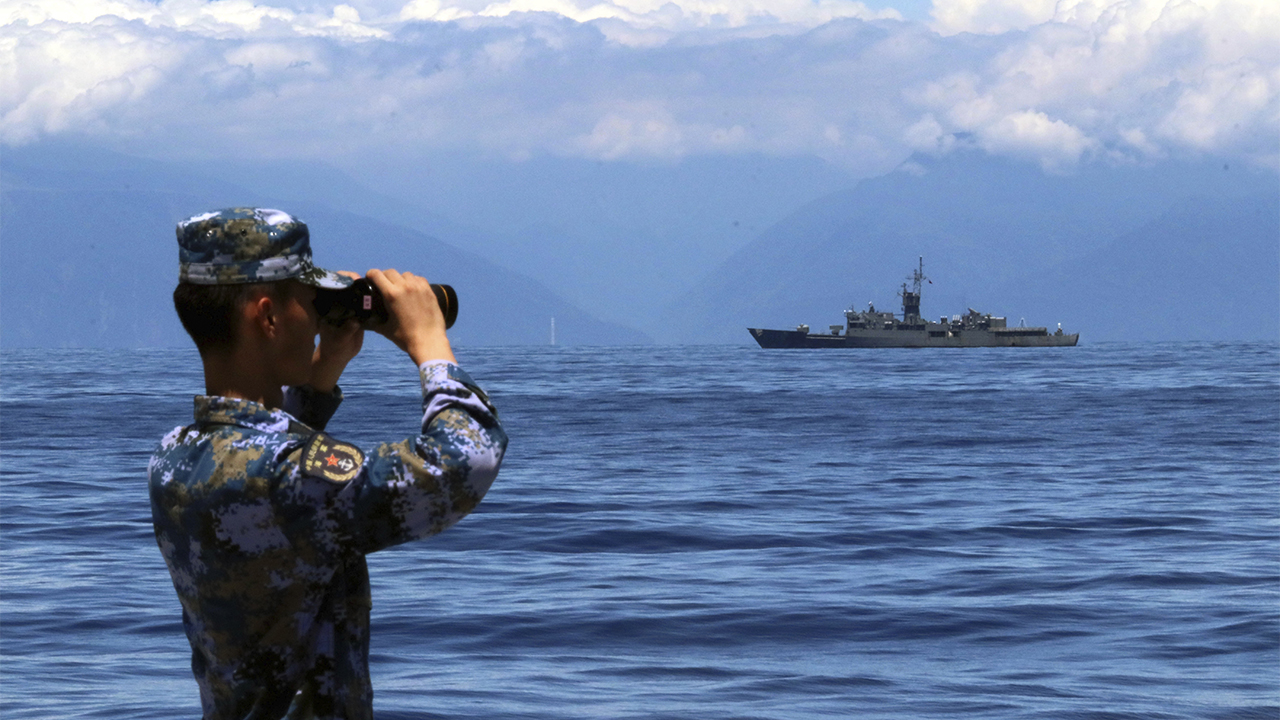 Taiwan is warning that China's recent military drills are a rehearsal for a real invasion.
The disputed island has, in recent days, been surrounded by Chinese military vessels and shows of strength on behalf of Beijing.
The Chinese Communist Party has been openly irate that a congressional delegation led by House Speaker Nancy Pelosi visited the island last week.
The delegation proceeded with the visit in direct opposition to Chinese demands that the U.S. abort the meeting.
CHINA SANCTIONS HOUSE SPEAKER NANCY PELOSI OVER 'EGREGIOUS PROVOCATION' IN VISIT TO TAIWANAfter Pelosi's departure, China’s navy and air force began conducting military exercises in six zones around Taiwan with some overlapping Taiwan’s territorial waters.
U.S. officials, including high-ranking members of President Biden's cabinet, have acknowledged the legitimacy of China's threats to Taiwan.
Secretary of State Antony Blinken said China's military exercises, including missiles the country recently fired into the Taiwan Strait and Japan's economic zone, represent "significant escalation."
"China has chosen to overreact and use Speaker Pelosi's visit as a pretext to increase provocative military activity in and around the Taiwan Strait," he told a group of reporters at the ASEAN conference on Friday.
CLICK HERE TO GET THE FOX NEWS APPJapan, an ally of both Taiwan and the United States in East Asia, has voiced its own concerns.
Japanese Defense Minister Nobuo Kishi said the missiles "threatened Japan’s national security and the lives of the Japanese people, which we strongly condemn."
The problem in Japan is compounded by the island nation's lack of a formal standing military, which is outlawed by its constitution.
China often threatens to annex Taiwan by force, if necessary, while Japan and the U.S. continue to increase their military readiness to potentially respond to such an attack.
Source