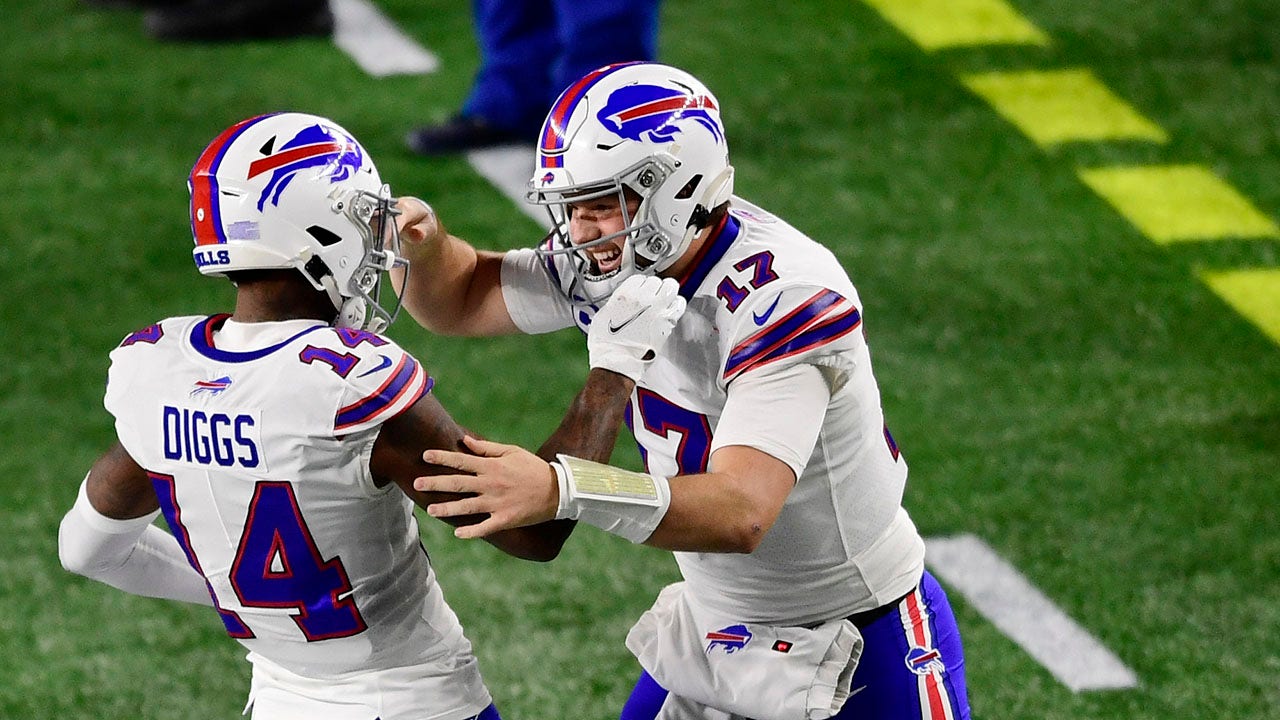 The Buffalo Bills were on the brink of a Thanksgiving upset, but they have Josh Allen and Stefon Diggs.
The dynamic duo continued to show its dominance late, as they rallied back to a 28-25 win over the Detroit Lions in the first Thanksgiving game of the day.
CLICK HERE FOR MORE SPORTS COVERAGE ON FOXNEWS.COMLions’ kicker Michael Badgley drilled a 51-yard field goal to tie the game at 25 apiece.
But there was just one problem: Allen still had 23 seconds left on the clock, and three timeouts.
Allen’s first play of the game-winning drive: A 36-yard dart to Diggs, who had 65 of his 77 receiving yards in the fourth quarter.
That play put the Bills in field goal range quickly, and after Allen ran the ball two more times to inch closer, Tyler Bass drilled a 45-yard field goal to put the Bills up 28-25 with two seconds to go.
He did enough for Badgley to tie the game with his 51-yarder, but the Lions defense simply had no answer for the high-powered Bills.
Buffalo answered right back though, as Allen found wide receiver Isaiah McKenzie for a 19-yard score, tying the game.
BBass knocked a field goal to give Buffalo a 17-14 lead into the half.
That was when the Bills had had enough, scoring their final 10 points in their final two drives.
McKenzie led Bills receivers with 98 receiving yards while catching six passes, including his touchdown.
The Bills will visit New England to face the Patriots next Thursday night, while the Lions will host the Jacksonville Jaguars in Week 13.
Source