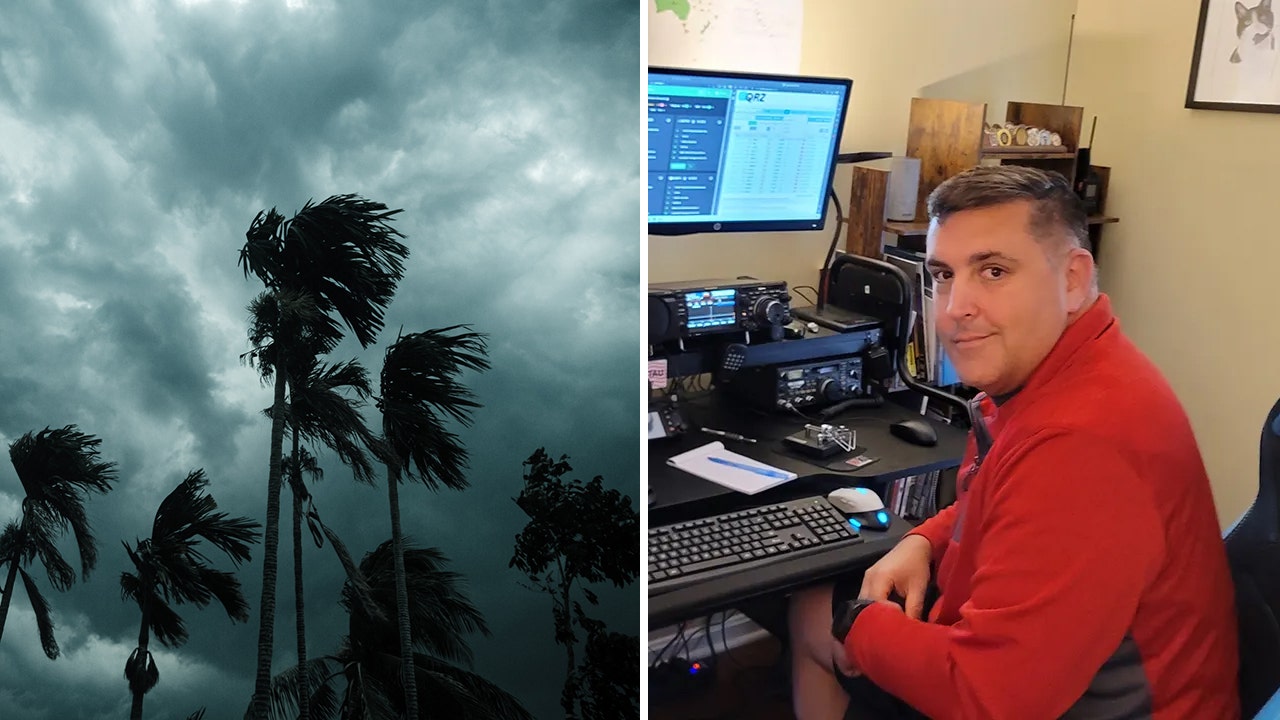 As an amateur ham radio operator with an interest in "any news or weather event," he was keeping an eye and ear on Hurricane Ian.
HURRICANE IAN IN FLORIDA SPURS FRANTIC MESSAGES ABOUT MISSING LOVED ONES AND WRECKED HOMESThinking about family members who live outside Sarasota, Florida, Klonin and his wife "were pretty concerned" about the storm, he said.
Klonin has only been involved with ham radio — also called amateur radio — for about a year, he said.
Klonin was tuned into several networks, or "nets," on his ham radio system that morning.
"I had the Florida Emergency and the National Hurricane Center Emergency nets monitored," he said.
HURRICANE IAN DISASTER RELIEF: WAYS TO DONATE AS THE DEATH TOLL MOUNTSRuiz shared with Klonin that her sister Kelsey, as well as Kelsey's boyfriend, were on Sanibel Island.
FLORIDA WEATHER BLOGGER TALKS HURRICANE IAN AND HOW STORMS UNITE PEOPLE: ‘NEIGHBORS HELPING NEIGHBORS’"But it was a much bigger deal," she continued.
Often, it is someone communicating on a ham radio."
The authorities are texting with them.’"Klonin said people should know that ham radio operators are out there listening — and that they care.
FLORIDA WIFE OF VETERAN, THEIR HOME WITHOUT POWER DUE TO HURRICANE IAN, SAYS ‘AMERICA WILL REBUILD’"You know, ham radio operators do so much behind the scenes, and they never get any credit," he said.
Often, it is someone communicating on a ham radio."
He added, "Usually the ham radio operators after a disaster are the ones that are getting in there and, through their networks, getting all the information until the authorities can get there.
Source