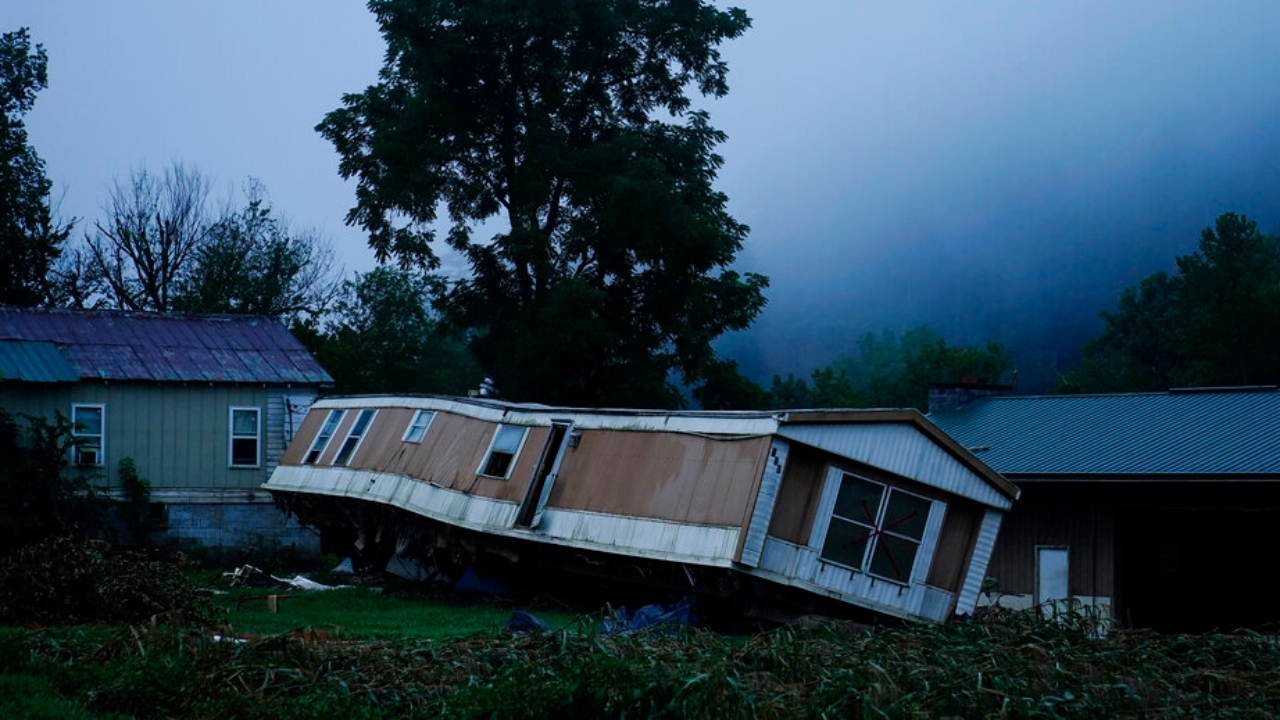 Areas of Kentucky impacted by historic flooding are once again being threatened by a weekend of wet weather.
A slow-moving front across the eastern U.S. will bring heavy rain and thunderstorms to the Ohio Valley and the Northeast.
According to FOX Weather, most locations can expect one to three inches of rain over the coming days, but higher amounts upwards of three to five inches are possible.
The National Weather Service (NWS) has issued Flood Watches for much of the Bluegrass State as well as parts of Ohio, Virginia and West Virginia.
Flash flooding is possible there and any storm will be capable or producing torrential rainfall, lightning and strong winds.
next Image 1 of 4prev next Image 2 of 4prev next Image 3 of 4prev Image 4 of 4In a media briefing on Friday, Kentucky Gov.
Andy Beshear warned residents that the storms could lead to instances of flash flooding, with more rain forecast through next week.
"The ground is already really saturated, and there’s a lot of debris that could cause clogging of waterways that can lead to flooding," he said.
KENTUCKY STORMS CAUSE FLOOD WARNING ISSUE TO EXTEND THROUGH SUNDAYThere were 37 confirmed fatalities from the extreme weather in five counties.
next Image 1 of 4prev next Image 2 of 4prev next Image 3 of 4prev Image 4 of 4Heat is also a concern and nine cooling stations were opened in affected counties.
Power outages, the number of service connections without water, the number of service connections under Boil Water Advisories and the number of limited and non-operational wastewater systems were all down.
CLICK HERE TO GET THE FOX NEWS APPOn Monday President Biden and the first lady are scheduled to travel to eastern Kentucky, where they will join Beshear to visited families and survey recovery efforts.
Source