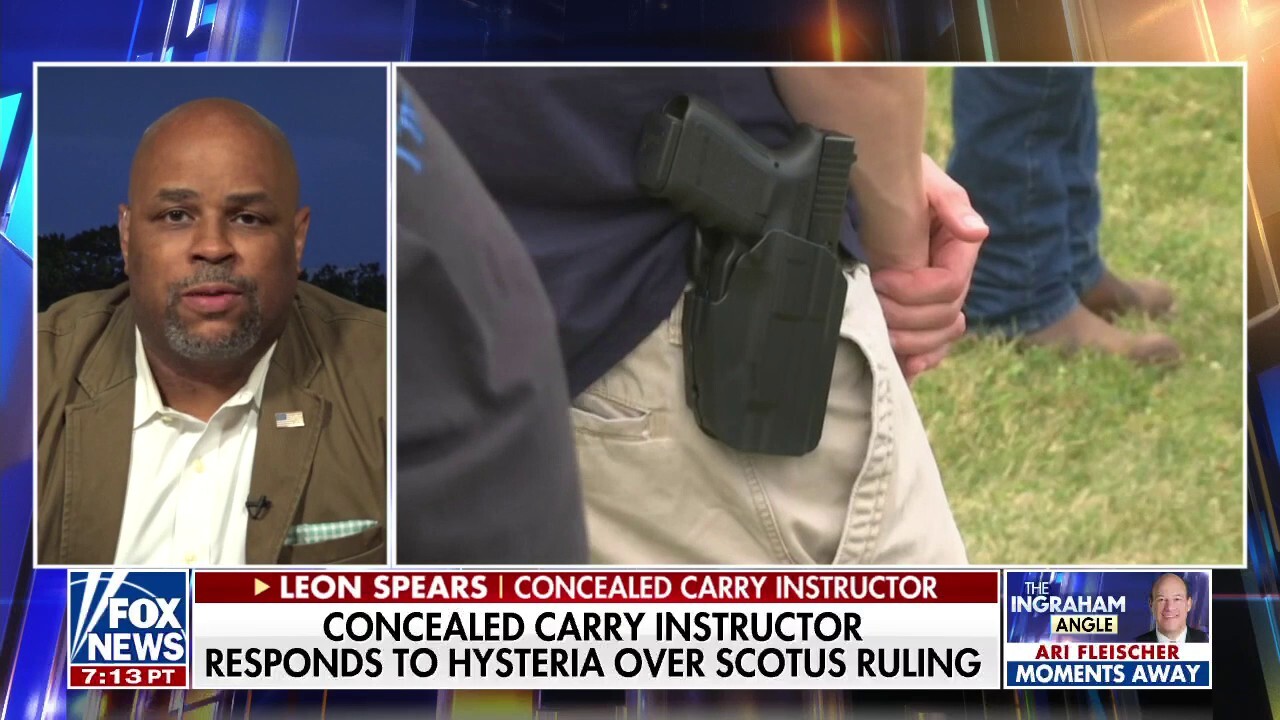 NEW You can now listen to Fox News articles!
Concealed carry instructor Leon Spears joined "The Ingraham Angle" Thursday to weigh in on the significance of the Supreme Court’s ruling about concealed carry.
LEON SPEARS: It’s so empowering to teach people in D.C. about the ability to carry a firearm.
I don’t know how many people are my clients that actually are just empowered that number one, they have the ability to carry and defend themselves and their families.
SUPREME COURT RULES IN FAVOR OF GUN OWNERS IN NY CASEThey want to be law-abiding, and the criminals are choosing every day not to go by the strenuous process of buying a gun, getting trained, getting background checks, getting government approval.
The bad guys aren’t doing that.
People just want to be able to defend themselves to the best of their ability and that is what the Supreme Court said today.
CLICK HERE TO GET THE FOX NEWS APPWATCH THE FULL INTERVIEW HERE:
Source