Ari Fleischer: When Biden announces he's not re-running, every Democrat will jump into the water 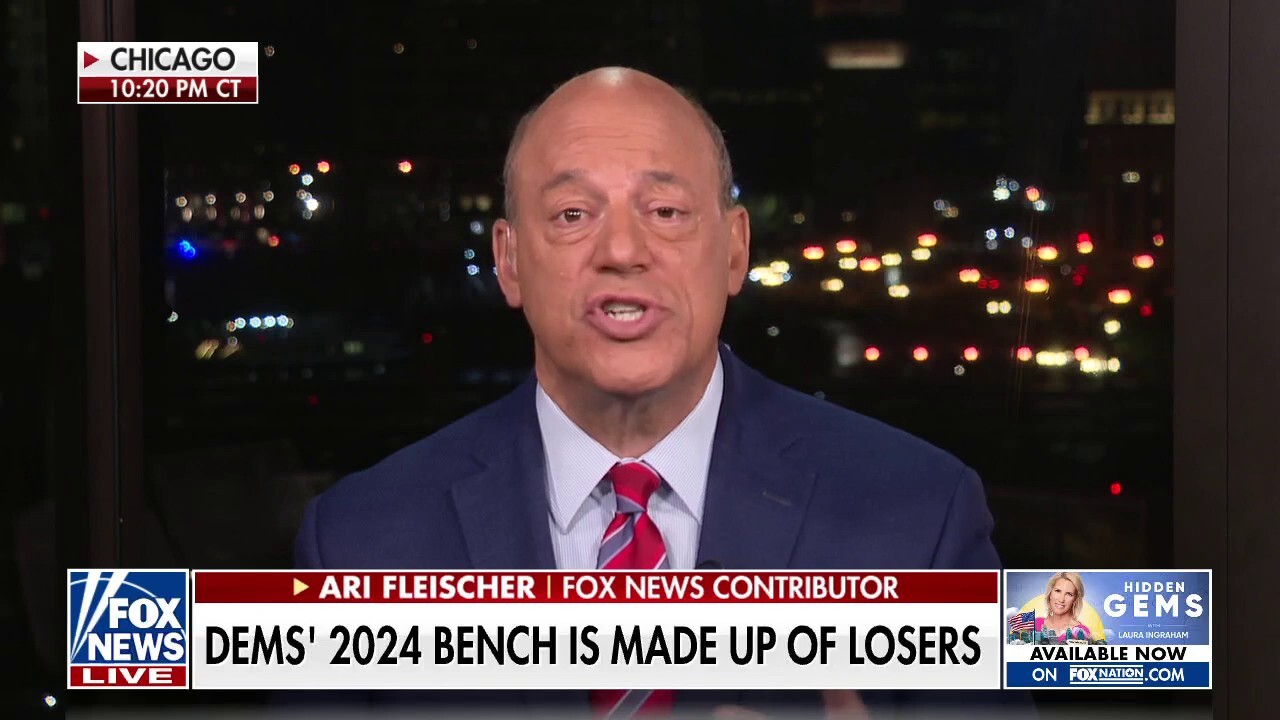 NEW You can now listen to Fox News articles!
Ari Fleischer discussed how every Democrat will "jump into the water" for 2024 if President Biden announces he will not run for re-election on "The Ingraham Angle."
ARI FLEISCHER: It's been a long time since the Democrats reached down to the ranks of their governors for a candidate.
You have to go back to 1996.
Bill Clinton was the last governor who became the Democratic nominee.
They liked senators in 2000, 2004, 2008, 2012, '16, ‘20.
They all nominated senators or former senators.
But let me remind you, in the 2019, 2020 cycle, 28 Democrats ran for president in ’19 and '20, four of them were governors or former governors.
SENATORS ONLY GIVEN MOMENTS TO READ GUN BILL BEFORE VOTING ON IT: SEN MIKE LEESo when Joe Biden announces he's not running, which he will do after the midterm election and into early 2023, it will be a donnybrook, a free-for-all.
Every Democrat will jump into the water: governors, senators and dog catchers, one and all.
CLICK HERE TO GET THE FOX NEWS APPWATCH FULL VIDEO HERE:
Source