Republicans will control the House, but they can't do much to fix the economy quickly 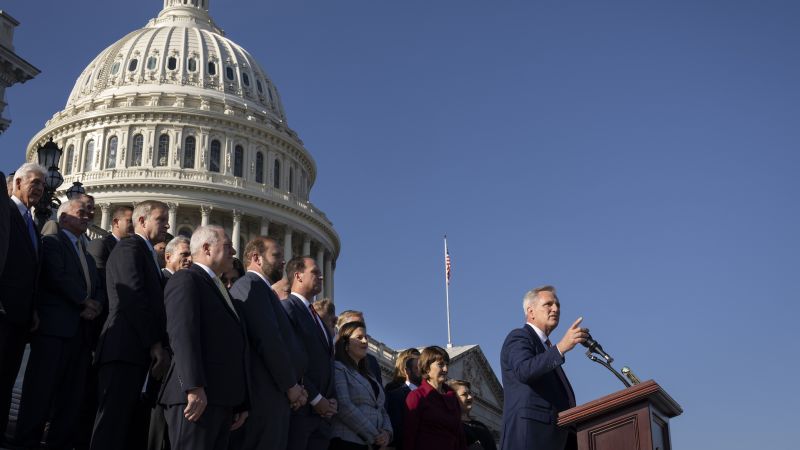 CNN —Congressional Republicans have repeatedly blamed President Joe Biden and their Democratic counterparts for the surge in inflation and the rocky economy.
“It was really easy to criticize the economy and criticize inflation.
Stop Democrats’ spending proposalsThere is one thing House Republicans can do that they believe will help the economy: Slam the brakes on Biden’s and congressional Democrats’ big spending proposals, which the GOP argues has caused inflation to soar.
“We’ll pursue an agenda focused on affordability,” Texas Rep. Kevin Brady, ranking member of the House Ways and Means Committee, told reporters Wednesday.
Most of the GOP’s economic policies are rooted in longer-term growth proposals, such as corporate tax incentives.
In the short run, inflationary pressures will largely be handled by the Federal Reserve, though the GOP will seek to stop pouring more federal funds into the economy.
But if the economy does fall into a recession, cutting spending could make things worse, especially when the Federal Reserve is increasing interest rates, said Greg Valliere, chief US policy strategist at AGF Investments.
Typically, providing targeted federal assistance to struggling Americans during downturns helps both them and the economy get back on their feet.
“This mood on Capitol Hill against spending is not designed, in my opinion, to help the economy,” he said.
Meanwhile, Federal Reserve Vice Chair Lael Brainard said Monday that it could soon be time for the central bank to slow the pace of its rate increases.
It has approved hikes of three-quarters of a percentage point at each of its last four meetings in an effort to curb inflation.
There’s no panacea for the nation’s economic and inflation woes, Valliere said.
Source