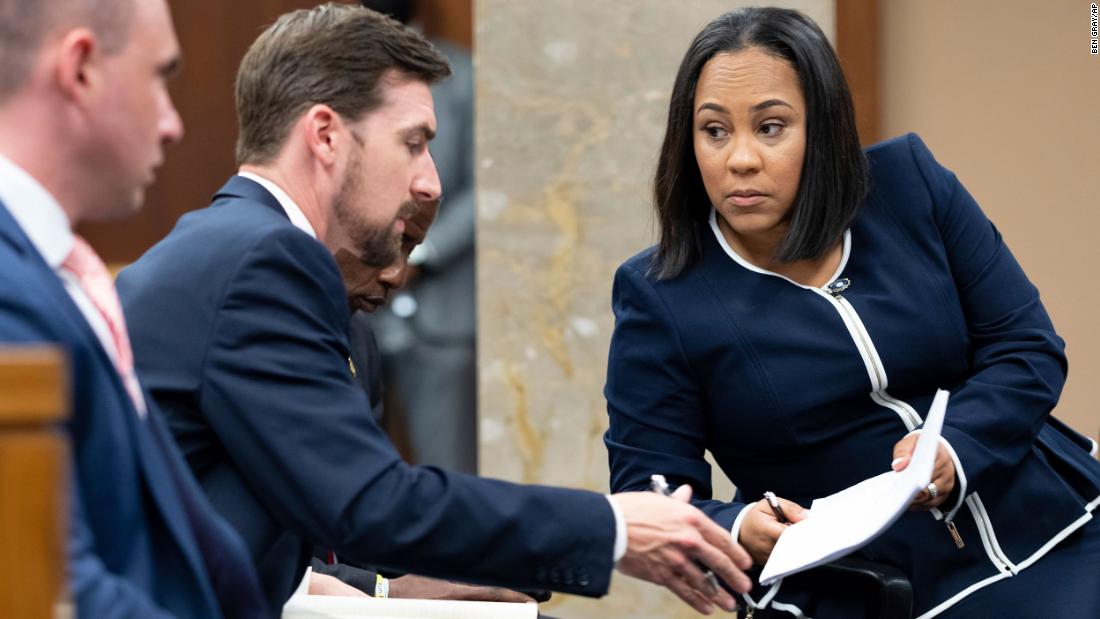 (CNN) Prosecutors in Georgia investigating former President Donald Trump's efforts to overturn the 2020 election have interviewed several individuals who served as fake GOP electors from the state, according to two sources familiar with the ongoing criminal probe.
Fulton County District Attorney Fani Willis' office appears to be trying to determine whether the pro-Trump electors in Georgia had any knowledge that their actions may have been a component of a broader and potentially illegal plot to pressure election officials and overturn Joe Biden's victory, a source told CNN.
Biden won Georgia by a nearly 12,000-vote margin in 2020, the first Democrat to carry the state in 28 years.
Conspiracy theories immediately sprung up around the state's election and baseless claims of fraud have persisted even after three ballot counts confirmed Biden was the winner.
Losing the Peach State was a stinging defeat for Trump, who spent months attempting to overturn the results, even pressuring Georgia Secretary of State Brad Raffensperger to "find" the votes needed to swing the state to him -- a call that set off the Atlanta-area criminal investigation.
The pro-Trump electors who have met with prosecutors in Georgia, including the state's Republican Party Chairman David Shafer, were reassured that they are currently considered witnesses, rather than subjects or targets, in the investigation -- a notable distinction that suggests the Atlanta-area district attorney does not view their actions as criminal at this time, two of the sources told CNN.
The interviews with pro-Trump electors in Georgia, which have not been previously reported, are the first indication that the Fulton County DA has already begun looking into the matter -- adding to an array of other probes by DOJ, the House Select Committee investigating January 6 and other states where alternate slates were put forward.
Source