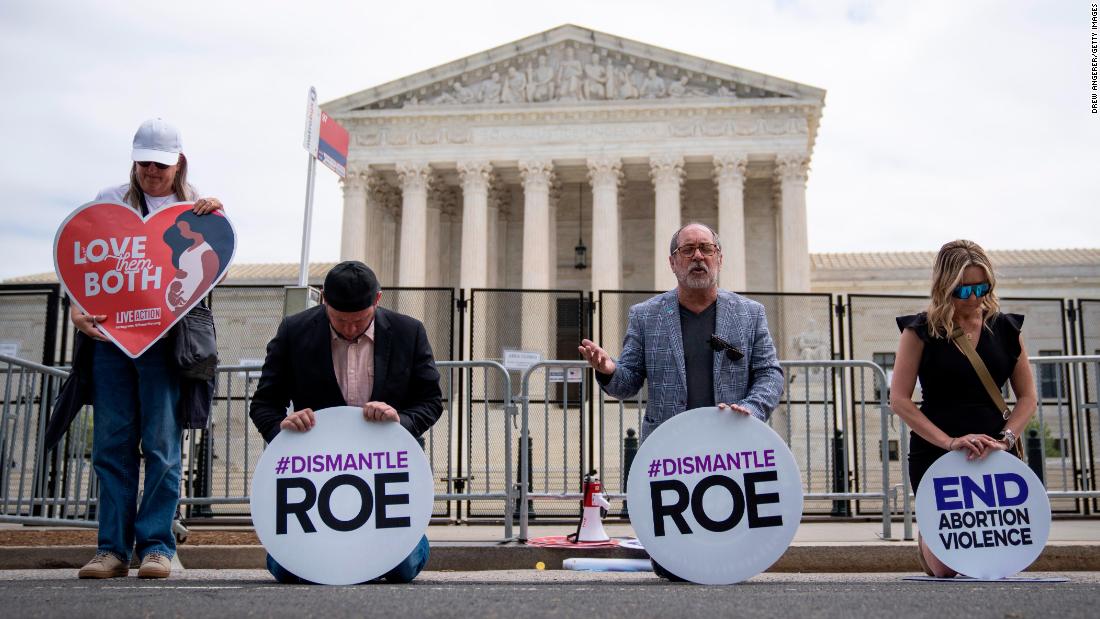 Washington (CNN) Some of the largest anti-abortion organizations in the US are urging state lawmakers to reject legislation that would criminalize women for having abortions , saying "turning women who have abortions into criminals is not the way."
"We state unequivocally that any measure seeking to criminalize or punish women is not pro-life and we stand firmly opposed to such efforts," more than 70 national and state anti-abortion groups wrote in an open letter Thursday.
The letter's signatories include National Right to Life, Susan B. Anthony List, Americans United for Life, March for Life Action and the US Conference of Catholic Bishops.
The possibility that Roe v. Wade could be overturned has sparked fears that women who have abortions could face greater risk of criminal prosecution.
Last week, Louisiana lawmakers advanced a bill that would classify abortions as homicides, potentially allowing for women to be criminally charged for terminating their pregnancies, though most restrictive abortion bills typically exempt women from its criminal penalties or civil liability clauses.
The Louisiana measure, which is up for House debate on Thursday, appears unlikely to advance in its current form, as state anti-abortion groups opposed the bill.
State House Republicans plan to amend the bill , according to local reports.
John Bel Edwards, a rare anti-abortion Democrat, also spoke out against the bill, calling it "radical."
The national anti-abortion groups do not single out a state in their letter or mention specific legislation or policy.
"We're not interested in penalizing women," she said, adding that they would want abortion providers to be held accountable.
The organizations say that if Roe is overturned, "this will be a tremendous opportunity for states to create durable policy that can stand the test of time."
"But in seizing that opportunity, we must ensure that the laws we advance to protect unborn children do not harm their mothers," they say.
Source