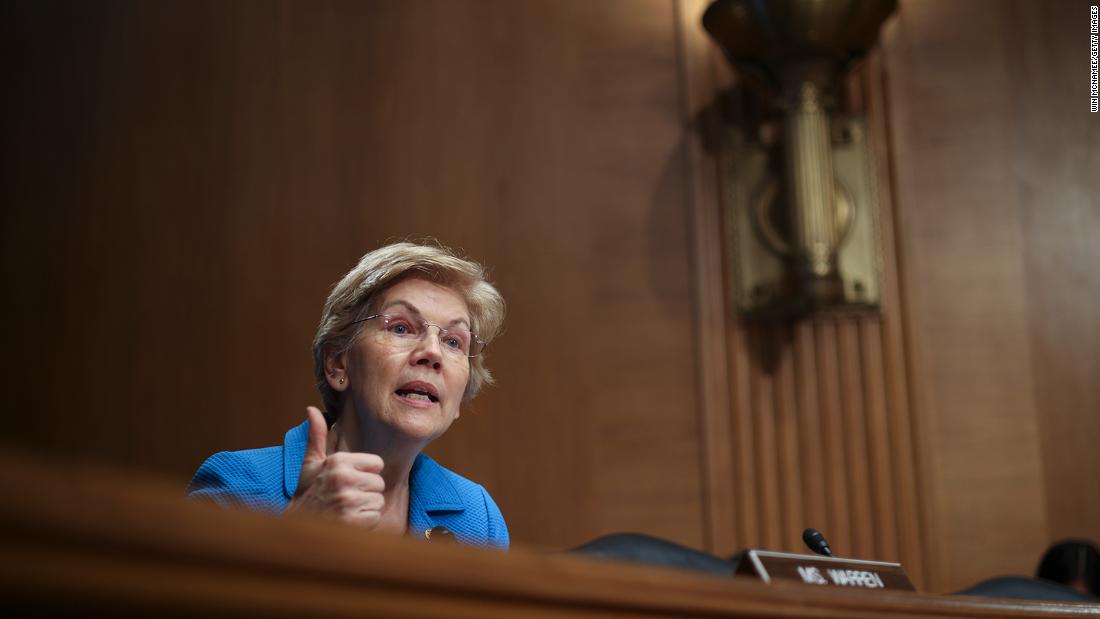 (CNN) Air travel is a mess right now and Sen. Elizabeth Warren is demanding that federal regulators do something about it.
In a letter obtained first by CNN, the Massachusetts Democrat, along with California Democratic Sen. Alex Padilla, urges Transportation Secretary Pete Buttigieg to use his vast powers to protect consumers by cracking down on the airline industry.
Airlines have blamed a surge of flight cancellations on staff shortages -- including a shortage of pilots -- in the industry.
"Consistently delaying flights for reasons within an airline's control is an unfair and deceptive practice," the joint letter states.
In a statement, a Transportation spokesperson said the department will continue to pressure airlines over consumer protections.
"The Department expects that when Americans buy an airline ticket, they'll get to where they need to go safely, affordably and reliably," the spokesperson said.
The lawmakers took particular issue with intentional rebookings where airlines purposely oversell flights, calling for the Transportation Department to end the practice by forcing airlines to pay a "hefty fine" in addition to compensating passengers.
"When this gamble fails, it should be airlines -- not consumers -- that pay the price," Warren and Padilla write.
The Transportation Department, they note, is empowered to act as a "consumer protection watchdog," citing federal law that allows the agency to investigate unfair or deceptive practices and issue fines of up to $37,377 per violation.
Beyond penalizing airlines for flight cancellations, Warren and Padilla want regulators to stop the decades-long consolidation of the airline industry.
They urge the Transportation Department to "use its full statutory authority more vigorously" to halt "excessive consolidation," which they blame for "consistent" price hikes on consumers.
"Decades of deregulation and consolidation have created an airline industry that routinely heaps inconvenience and abuse on consumers," the lawmakers write.
Source