Biden's 80th, Pelosi's exit and Trump's return put the spotlight on the leaders of the future 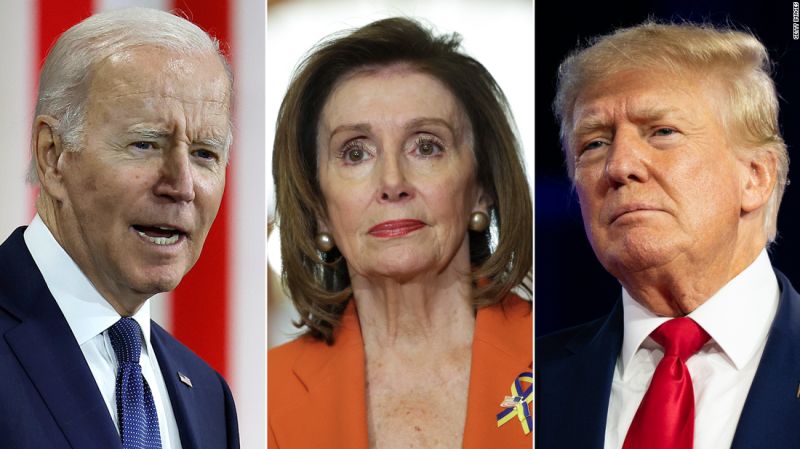 CNN —On Sunday, America will experience a moment unique in its history – when a sitting president turns 80.
Biden’s birthday comes at a moment when the question of how old is too old to serve in top political leadership posts is under a new spotlight.
On Thursday for instance, House Speaker Nancy Pelosi, 82, announced that she would step down from the leadership as the Democratic Party moves into the minority in the next Congress.
Two days before Pelosi’s announcement, a slightly younger political titan, Donald Trump, gave word that at the age of 76 that he was far from ready to leave the stage.
The elixir of power that leads them to endure the indignities and the spotlight of a political career remains a marvel.
There is a sense that neither political party has done a good job grooming more youthful heirs, a scenario that that risks further creating distance between politicians and rising generations.
Biden and Trump fought off younger rivals in their presidential primaries and proved themselves to their own sets of voters.
A better-than-expected performance by Democrats in the midterms helped to ease some of the questions about Biden’s decision about a reelection race.
Transportation Secretary Pete Buttigieg was the breakout star of that campaign, but his path to the Democratic nomination looks challenging.
and there’s no compulsion for Biden to step down because a can’t miss younger leader is waiting in the wings.
Still, polls this year have consistently suggested that Americans aren’t keen on a Trump vs. Biden rematch.
And in the midterm exit polls only 30% of respondents wanted the president to run for reelection.
Source