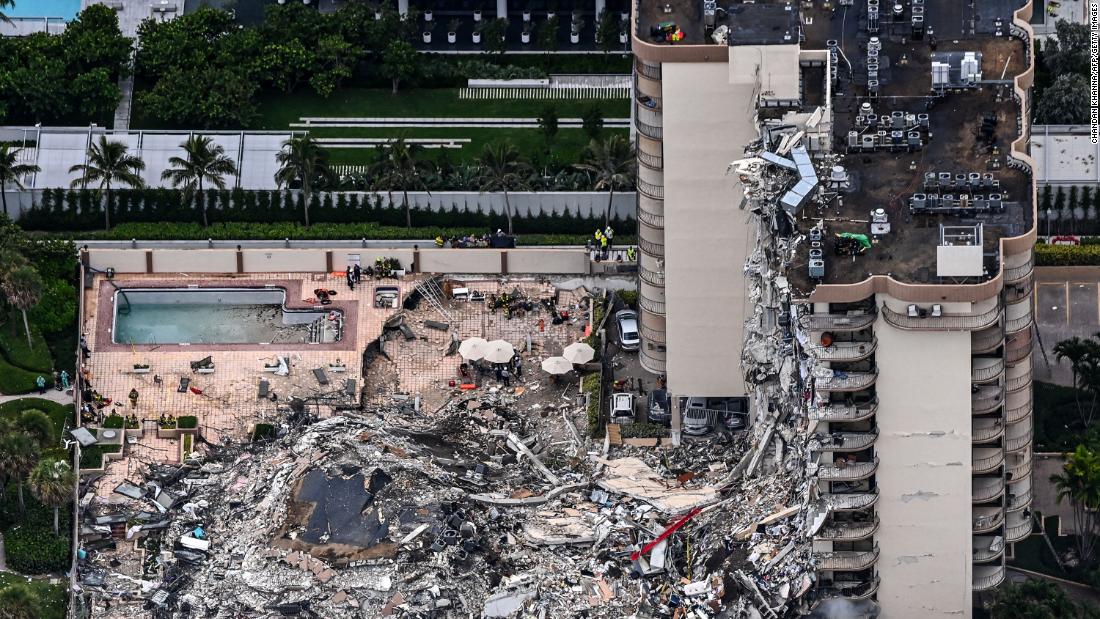 (CNN) On the eve of the one-year anniversary of a catastrophic condominium collapse in Surfside, Florida, a judge approved an approximately $1 billion settlement for those impacted by the disaster that killed 98 people, an attorney for the plaintiffs confirmed Thursday.
The judge's decision finalizes a tentative settlement that was reached last month between several parties and prevents the claims from going to trial.
The settlement amount will be awarded to survivors, families of deceased victims and owners of damaged property.
The collapse of most of the Champlain Towers South building on June 24, 2021, suddenly turned what was formerly a thriving residential building into a devastating scene as residents became crushed or trapped under a massive pile of twisted metal and concrete.
It ultimately took a month for search and recovery crews to find and identify all 98 victims , who ranged in age from 1 to 92 years old.
The tragedy deeply impacted a tight-knit Jewish community in South Florida and affected families all over the world, including in Argentina, Paraguay and Colombia.
In some cases, entire families were killed.
An emotional scene played out in the Miami courtroom Thursday as Miami-Dade County Circuit Court Judge Michael Hanzman presided over a three-hour settlement hearing, according to Rachel Furst, an attorney for the plaintiffs who described the proceedings to CNN as "remarkable and moving."
Source