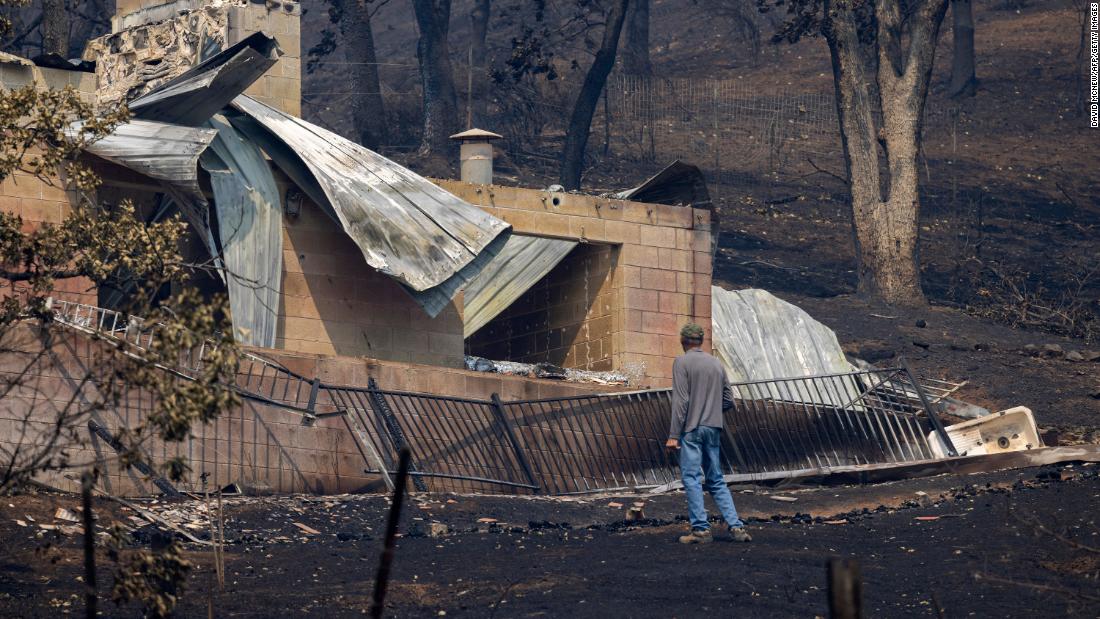 (CNN) California's McKinney Fire has destroyed nearly 90 houses and is only 30% contained a week after breaking out in the Klamath National Forest, with hot and dry conditions expected to continue through the weekend.
As of Friday evening, the fire had reached 59,666 acres and the perimeter was 30% contained, according to InciWeb, a US clearinghouse for fire information.
The office said a further four structures had minor damage from the fire, with the damage assessment more than 50% complete.
CNN Meteorologist Derek Van Dam said weather conditions were unlikely to help quell the fire over the weekend.
"Conditions have remained sunny and hot around the McKinney fire within the past 24 hours lending to the dry conditions near the incident.
Although a thunderstorm cannot be ruled out over the fire region today, it won't likely contain any meaningful rainfall."
Homes burned to the groundAmong the homes that burned down was that of Kayla Dailey, who fled the blaze with her family on the due date for her third child.
"I could see nothing but smoke and the fire coming down the mountain," Dailey told CNN earlier this week.
Dailey, her two young sons, husband Levi and the family's roommate Dalton Shute left in their small car with few possessions.
When she spoke to CNN, Dailey was concerned that the evacuation of the nearest hospital meant she faced a 2-hour trek through the mountains to give birth at a hospital in Medford, Oregon.
Shute, the Dailey's friend and roommate, told CNN that he had lost his mother to a house fire when he was 6 years old.
We're all hardworking and resilient people, but most people that were down there are middle class, regular working folks or retirees."
Source