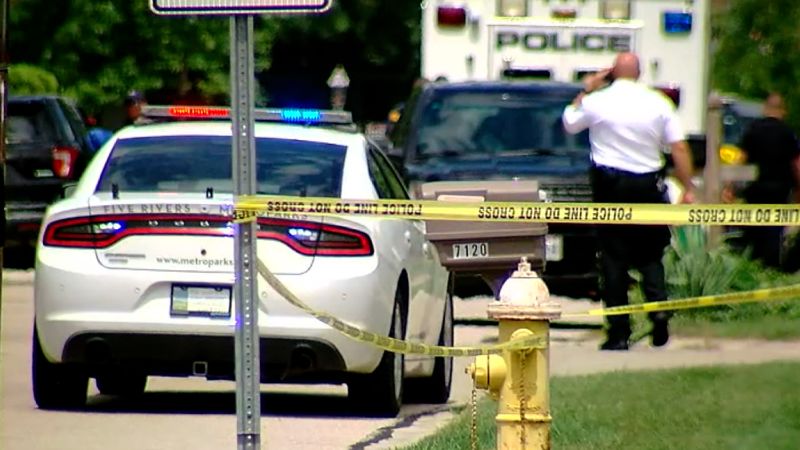 CNN —Four people were fatally shot Friday at multiple sites in a small Ohio town just north of Dayton, and police are searching for a man who is possibly connected to the shooting.
Stephen Marlow, a “person of interest,” is likely armed and dangerous, Butler Township Police Chief John Porter said at a media briefing.
Porter said Marlow was 5’11” and about 160 pounds, with brown hair.
Authorities believe Marlow, 39, was wearing shorts and a yellow T-shirt and fled in a white 2007 Ford Edge.
Police responded to a report of shots fired just before noon, Porter said, and the four victims died at the scenes.
“This is the first violent crime in this neighborhood in recent memory,” Porter said.
Stephen Marlow was driving this white Ford Edge, police said.
Butler Township PoliceWendy Chapman, a neighbor of one victim, told CNN affiliate WKEF the neighborhood is a quiet place.
“I would have never, even in this neighborhood, I would never expect anything, never,” Chapman told the Dayton station.
Porter said people should call the police dispatch if they have information on Marlow’s whereabouts or see the Ford Edge.
He also urged residents in the neighborhood to look at video footage from earlier Friday.
Butler Township is a town of just under 8,000 residents about 9 miles north of Dayton.
Source