'What do we do when another disaster hits?' Afghans face crises on all fronts after quake kills 1,000 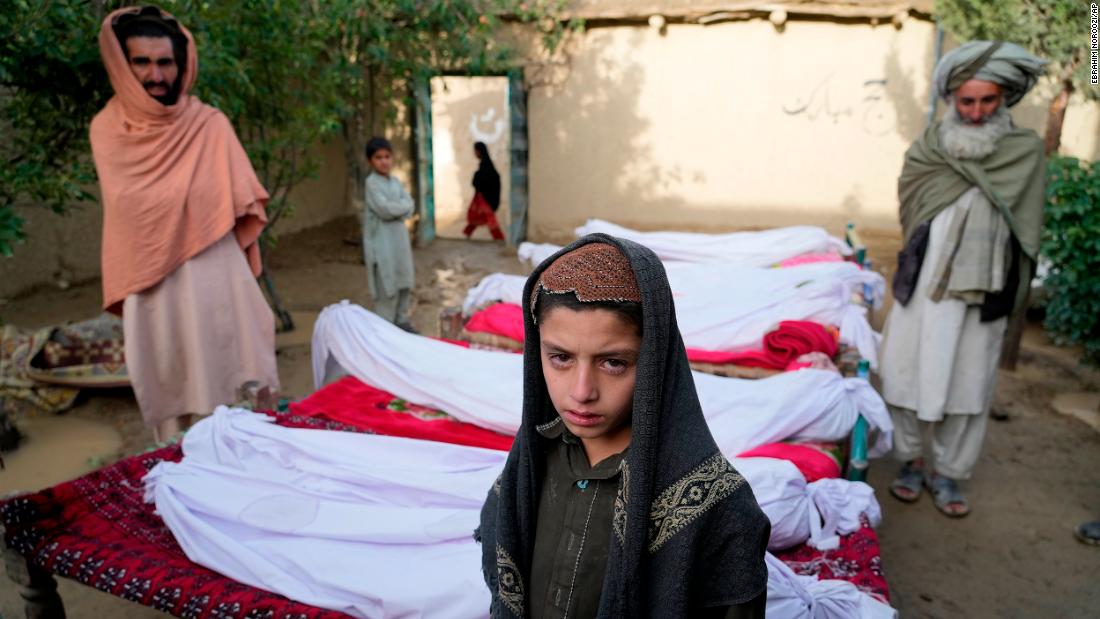 (CNN) Aid groups scrambled on Thursday to reach victims of a powerful earthquake that rocked eastern Afghanistan, killing more than 1,000 people in an area blighted by poor infrastructure, as the country faces dire economic and hunger crises.
The slow response, exacerbated by international sanctions and decades of mismanagement, concerns people working in the humanitarian space, like Obaidullah Baheer, lecturer in Transitional Justice at the American University of Afghanistan.
"This is a very patchwork, band-aid solution for a problem that we need to start thinking (about) mid to long term... what do we do when (another disaster) hits?"
he told CNN by phone.
The magnitude 5.9 quake struck during the early hours of Wednesday near the city of Khost by the Pakistan border and the death toll is expected to rise as many of the homes in the area were flimsily made out of wood, mud and other materials vulnerable to damage.
Humanitarian agencies are converging on the area, but it might be days before aid reaches affected regions, which are among the most remote in the country.
UNICEF Afghanistan's Chief of Communications Sam Mort told CNN that critical aid it has dispatched to help affected families is expected to only reach villages by Saturday.
Teams deployed by the International Committee of the Red Cross (ICRC) have yet to arrive, according to Anita Dullard, ICRC's Asia Pacific spokesperson.
Source