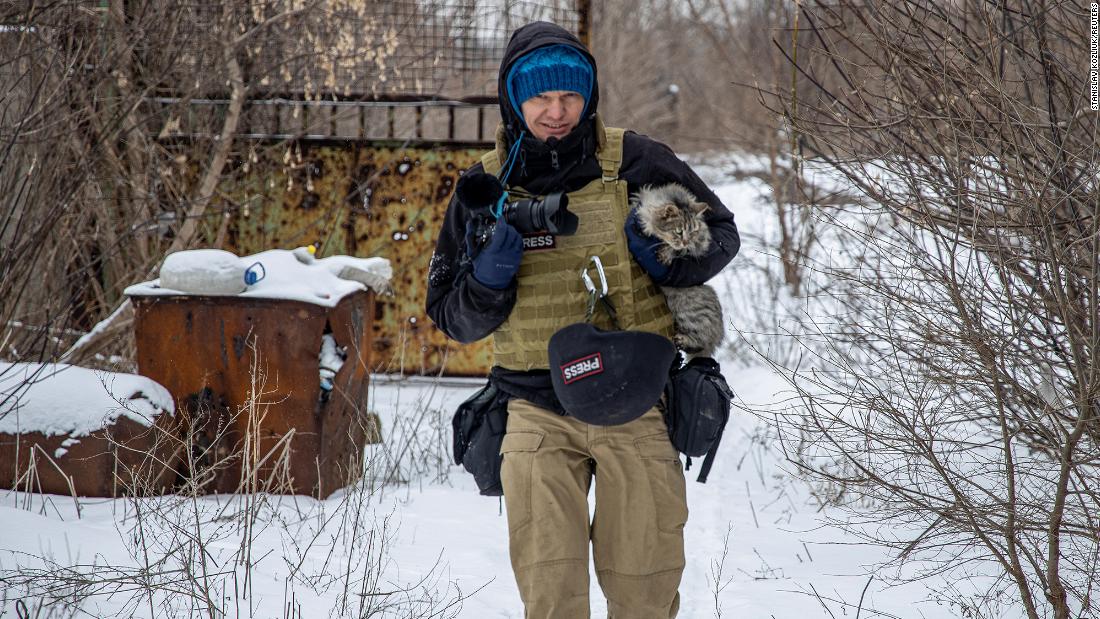 London (CNN Business) Pro-journalist and free speech non-government organization Reporters Without Borders (RSF) says it has evidence that Russian soldiers executed journalist Maks Levin in a forest near Kyiv on March 13.
Levin, a Ukrainian photojournalist who worked with a number of major Western news outlets including Reuters and the BBC disappeared on March 13 while covering Russia's assault on the Ukrainian capital Kyiv.
His body was discovered on April 1.
RSF said it sent two investigators two Ukraine from May 24 to June 3 and that they concluded Levin, and a friend he was with, "were executed in cold blood."
"The evidence against the Russian forces is overwhelming," the NGO said in a summary.
The organization said it found several bullets and cartridge casings at the scene, the identity papers of the friend and soldier that was accompanying Levin, and identified 14 bullet impacts in the car they were traveling in.
RSF said it also found several items with possible DNA evidence, attesting to the presence of Russian soldiers in the vicinity of the crime scene and, crucially, located a bullet right next to the spot where Levin's body was found.
Ukrainian photojournalist Maks Levin poses for a photo in the Donetsk region in Ukraine on Jan. 12, 2018.
Source