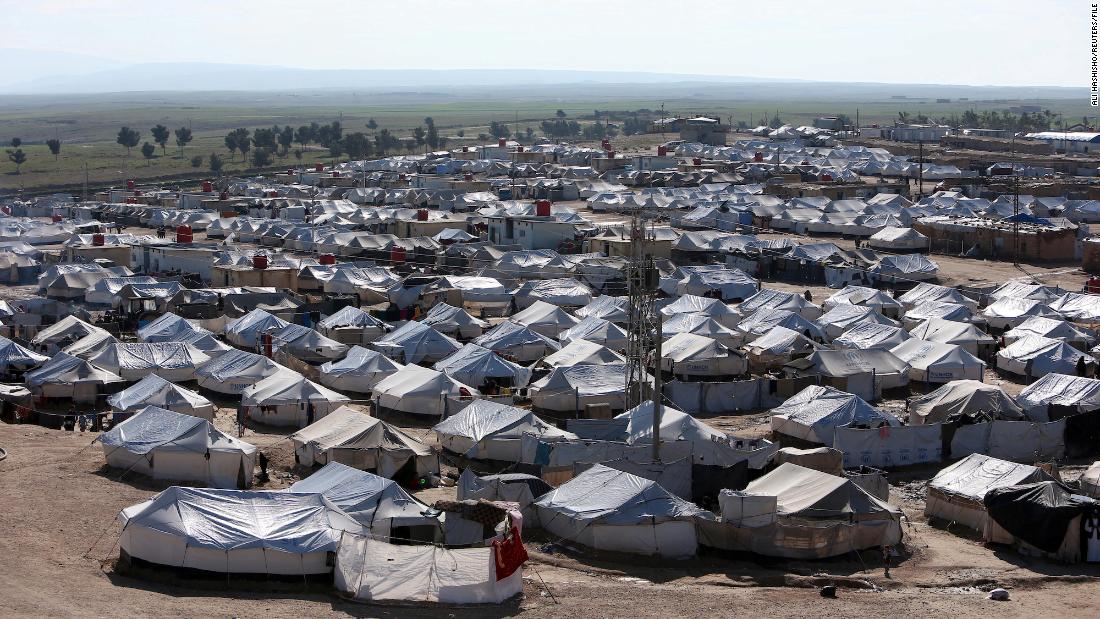 (CNN) A group of ISIS militants in two vehicles rigged with suicide explosives attempted to attack the al-Hol camp in Syria which holds around 60,000 displaced persons, according to US Central Command.
One of the vehicles exploded prematurely about 12 miles northeast of the camp, which alerted the nearby US partnered forces, the Syrian Democratic Forces (SDF), said CENTCOM spokesman Col. Joe Buccino.
When the SDF arrived at the scene, two men got out of the second vehicle.
One man detonated a suicide vest, Buccino said, while the second was shot and killed by SDF forces.
Another ISIS militant is in SDF custody.
The second vehicle was rigged with approximately 110 pounds of explosives, Buccino said.
A total of four ISIS militants were killed in the engagement, including in the first vehicle which detonated prematurely.
"The response of our partnered forces highlights not only dedication to their people, but also their tenacity and commitment to the enduring defeat of ISIS," Buccino said.
Source