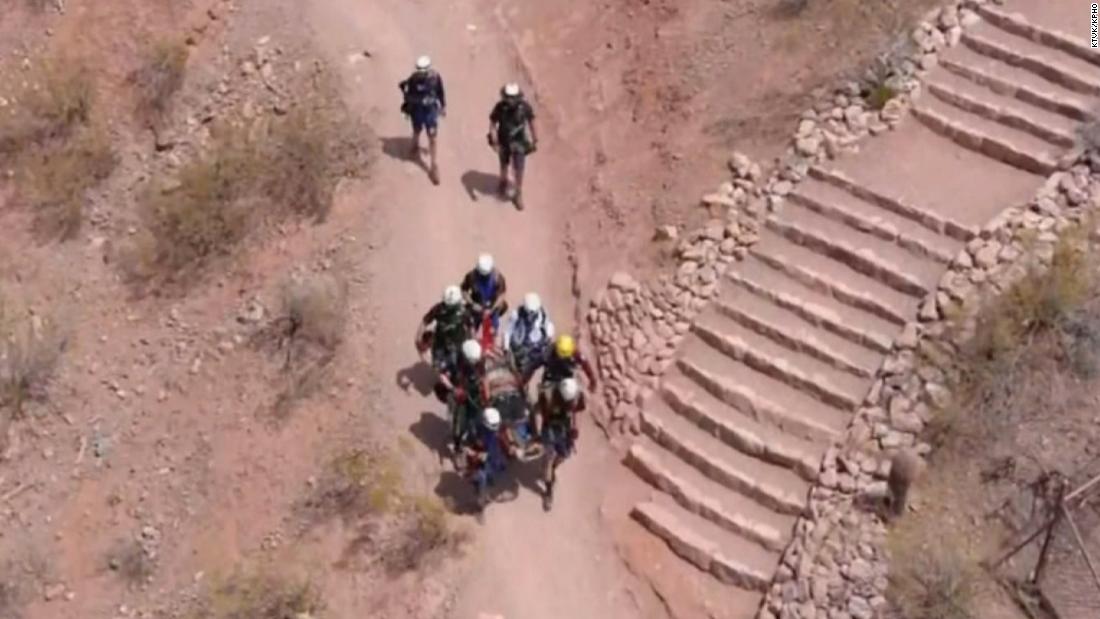 (CNN) A group of hikers filming a reality show were rescued via helicopter from a trail in Phoenix on Thursday due to heat-related illnesses, officials said.
At least eight people needed assistance getting down from the Echo Canyon Trail on Camelback Mountain as temperatures hit triple digits, said Capt.
Evan Gammage, a spokesperson for the Phoenix Fire Department.
"We had no idea going into it that this apparently was one of the hardest trails in Phoenix," Kristin Livingston, one of the hikers, told CNN affiliate KTVK/KPHO .
Five members of the group were taken from the trail by helicopter and three others walked down the mountain with assistance, KTVK/KPHO reported.
The two main trails that span most of the hiking space on Camelback Mountain are rated extremely difficult, offering steep elevation gains and uneven terrain as well as "a path that is unprotected from the elements," according to the city's website.
The mountain's summit sits at 2,704 feet above sea level.
Plus, the sweltering heat Thursday made an already challenging trail even more strenuous.
The temperature in Phoenix reached 108 degrees Fahrenheit on Thursday, slightly higher than the 106-degree average for this time of year, according to CNN Weather.
First responders rescue hikers Thursday on Camelback Mountain in Phoenix.
Source