New York spousal support attorney Richard Shum (https://www.romanshum.com/blog/how-to-avoid-paying-alimony-in-new-york/) releases a new article explaining how to avoid paying alimony in New York. The lawyer mentions that alimony or spousal support refers to the financial support provided by one spouse to the other. Often, the couple decides the frequency of the support or it can also be decided by the judge after evaluating the case.

“In New York, the court usually assigns spousal support depending on the financial capability of each spouse. The court will prioritize giving alimony to a spouse who can demonstrate that they have a financial need for support. The court initially only orders alimony on a temporary basis depending on the time the court determines would be enough for the payee spouse to get back on their feet,” the New York spousal support attorney says. 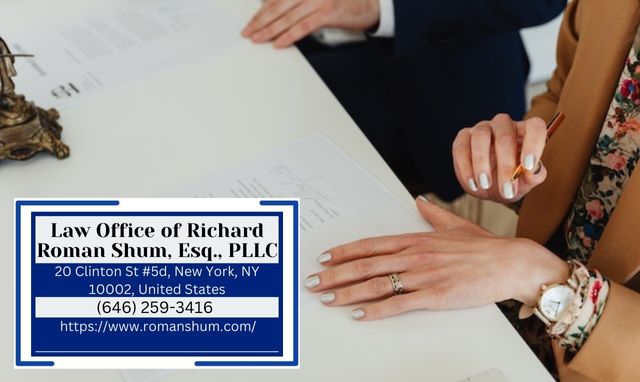 Temporary alimony refers to the support that lasts during the duration of the divorce proceedings. There is a formula used to calculate the suggested amount of temporary alimony. However, a judge may also increase or decrease the amount of support if they deem the amount given by the calculator inappropriate.

Another type of alimony is referred to as post-divorce alimony or spousal maintenance and this can be durational or non-durational. Durational alimony often lasts for a fixed period of time and depends on the number of years the couple has been married.

“If the possibility of creating a prenuptial or a postnuptial agreement is moot due to disagreements with your spouse, you may consider negotiating with your spouse and giving them a larger share of the marital assets, assets that give off income, your marital home, or a bigger chunk of any retirement funds you share,” the New York spousal support attorney adds.

Other ways that can help a person avoid paying alimony include requesting a vocational evaluation from the court, submitting proof that the other spouse does not need spousal maintenance, and filing for a divorce sooner rather than later.

About the Law Office of Richard Roman Shum

Divorce attorney Richard Roman Shum has been helping families deal with custodial, marital, and financial battles. Attorney Shum understands the life-changing struggle a family may face when they are going through a legal battle. He will provide clear strategies on behalf of his clients so that they can focus on more important matters. Contact the Law Office of Richard Roman Shum to schedule a consultation.