Long Island DWI Attorney Jason Bassett (https://jbassettlaw.com/what-is-a-dwai/) releases a new article explaining the differences between DWI and DWAI. The lawyer mentions that people who drink and drive pose a great risk to those around them. Prosecutors take these charges seriously and aggressively pursue them under the Vehicle & Traffic Law. If an individual has been charged with DWI, DWAI, or DWAI drugs, it is important that they seek the legal representation of an experienced DWI lawyer right away.

According to the Long Island DWI Attorney, “In New York (unlike many other states), there is no actual crime entitled DUI or Driving Under the Influence. DUI is an umbrella term that is used to mean operating a motor vehicle while under the influence of an intoxicating substance. New York uses the terms DWI or Driving While Intoxicated and DWAI Driving While Ability Impaired.” 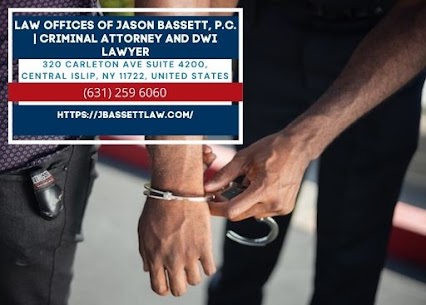 The lawyer explains that a DWI charge in New York is specifically related to impaired driving as it relates to alcohol. If a person is driving in New York, they may be charged with DWI if their blood alcohol content (BAC) is at or above 0.08%. DWAI, on the other hand, can be used against a driver who has not reached the 0.08% BAC limit but is still considered impaired.

In the article, the lawyer says, “Because driving while impaired is such a serious legal matter that can have severe consequences, you need an experienced Long Island DWI attorney if you’ve been charged with DWI or DWAI in Suffolk County or Nassau County, New York. Your attorney can review your case, discuss your defense strategy, and provide options to ensure that you are treated fairly by the justice system.”

Lastly, DWI attorney Jason Bassett says that the courts can also look at other factors when deciding on a possible jail sentence. This can include whether there were other passengers in the vehicle (if an accident occurs) and whether there are children involved.

Jason Bassett Criminal Attorney and his law firm are dedicated to protecting the rights of individuals who have been accused, arrested, and charged with a crime. With over 20 years of experience, attorney Jason Bassett and his team may be able to help the client receive a favorable outcome in the case. To speak with an experienced DWI attorney, call them today at (631) 259-6060.