Cake Monster on BSC has released its staking program in the decentralized application, which is a new feature that should provide stability and growth potential to the ecosystem. The Cake Monster team is confident in this addition because it allows for further rewards on top of the other gamified parts of the ecosystem.

The staking program consists of two staking pools and provides proportional values with different tiers that allow users to choose the amount to stake and the time frame to maximize the rewards. The goal of the developers of Cake Monster is to further accelerate vault growth through rapid supply deflation, sophisticated tax systems, and unique yield generation.

MONSTA's Single-Sided Staking goal is to reward loyal holders who are committed to the long-term vision of Cake Monster. The project's main function is "to earn a percentage return on all staked assets in the vault and distribute these earnings back as dividends at the end of the cycle". The program will exist for multiple years, rewarding investors that are willing to support the project into multiple cycles and share the long-term vision as described in the official whitepaper.

Holders staked 38% of the circulating supply within the first few days which decreased MONSTA supply. Holders are likely to hold longer while earning APY with minimizing the risk of selling before the protocol cycle is over. The long-term strategy might result in the best outcome for all holders of this cryptocurrency by increasing the demand and price. This should increase vault size and therefore the rewards to every holder at the end of the cycle.

The staking program is offered to users of the ecosystem with two different settings for the first time. The first type is called bMONSTA, which has a higher unstacking penalty and an improved APY, it is designed for long-term holders willing to wait till the end of the cycle for higher rewards. The APY Boost for bMonsta starts at 420% for the first 7 days and slowly reduces by 1% a day to 69% after that it will reduce by 0.33% per day until the final 33% boost. The second is sMONSTA, which has a lower unstacking penalty and less commitment. 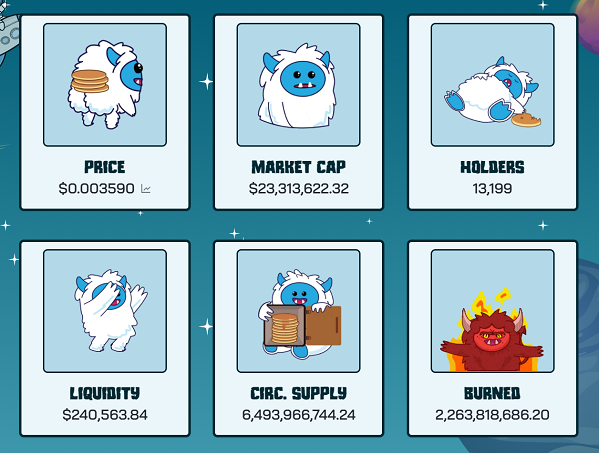 The new tokens - bMONSTA and sMONSTA - that are launched by MONSTA on the Binance Smart Chain are based on the original token. The new token is a wrapped version of the original and will be pegged 1:1 with it, meaning if a holder owns 10 MONSTAs then he would also get 10 bMONSTA or sMONSTA . These new tokens help to improve upon their predecessor - they serve as proof for a stake in MONSTA and also earn rewards in staking pools. These new tokens also help to open up trading options for MONSTA since there is no taxation on the transactions involved, which can help the adoption of MONSTA even more.

Developers of the MONSTA protocol chose to use 10% (1 billion) of the initial supply from the community wallet instead of diluting the supply with new tokens which prevents emission and loss of token value. No new MONSTA will be created during the cycle.

Holders of the bMONSTA that will hold tokens until the end of the cycle according to Byron, project lead of MONSTA will receive more $MONSTA at the start of cycle 2, a greater slice of the $CAKE vault, more crumbs, baking rewards, staking rewards and will continue to receive usual rewards such as Diamond Claw 5 NFT rewards, crumbs, MONSTA party NFT rewards and lottery rewards.

Cake Monster is continuously building the ecosystem and the next milestone will include multi-vault implementation (adding BNB to the vault since its holding value is better compared to Cake), gamified bonds, and bounty incentives. During Twitch Stream Byron shared plans for an arcade play-to-earn, actual skill-based game. MONSTA NFTs with 10000 XP will have access to the arcade game. Arcade is being built right now, back and front ends are finished, and developers are just connecting it all up, testing to make sure that people can play the game.

For more information about IMHO Reviews, contact the company here: