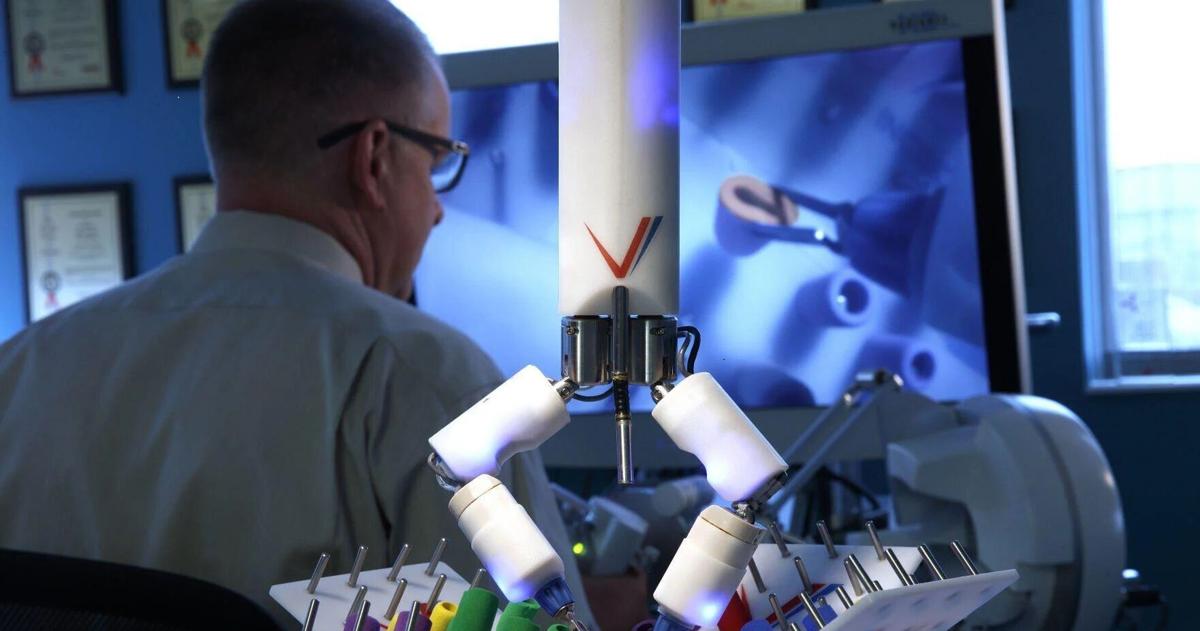 LINCOLN — A robot capable of autonomously operating on an ailing astronaut thousands, if not millions, of miles away from a modern surgical suite sounds like science fiction.

The surgical device — let's call it the "miniaturized in vivo robotic assistant," or MIRA for short — would simply be retrieved from a small locker, set up and turned on.

MIRA would then go to work performing a non-invasive abdominal procedure such as a colon resection or fixing a ruptured appendix, closing up its human patient when it's done.

The zero-gravity surgical procedure might still be decades away, but a team at the University of Nebraska-Lincoln is preparing to send the real-life MIRA, developed by Virtual Incision, to the International Space Station.

NASA awarded UNL $100,000 through the Established Program to Stimulate Competitive Research (EPSCoR) to prepare the lightweight, portable robot for a 2024 test mission.

Shane Farritor, a co-founder of Virtual Incision, which is based at Nebraska Innovation Campus, and engineering graduate student Rachael Wagner will use the funding to configure MIRA for spaceflight.

That will involve writing software to test the device, ensure it can survive the rigors of a rocket launch, as well as operate effectively in a zero-G environment.

"The system right now is designed with no autonomy for use in terrestrial applications," Farritor said. "NASA plans to go to some crazy places over long, long distances, so the more research we have into how this can work, the better."

Once MIRA arrives at the space station, it will be put to the test inside a microwave-sized experiment locker where it will cut rubber bands stretched tight and push metal rings along a wire.

The experiment will be done without anyone needing to mind it, which will keep a communications channel to the space station open and allow astronauts to go about other business.

Virtual Incision will closely be watching the results as it seeks to further improve MIRA's performance, Wagner said in a press release.

"These simulations are very important because of all the data we will collect during the tests," said Wagner, a 2018 graduate of UNL who is from Lincoln.

The surgical robots developed by Virtual Incision — which has received $100 million in venture capital funding since its founding in 2006 — have been used in procedures performed at Bryan Medical Center.

Those were part of a clinical study done as part of Investigational Device Exemption from the U.S. Food and Drug Administration, as Virtual Incision seeks full approval for its robots to be used in operating rooms across the country.

Farritor said while Virtual Incision has worked previously with NASA, there's always a "wow factor" when the U.S. space agency asks to blast its invention into space.

"It's going to be very exciting and very fun," he said. "We hope to make our own little splash, and I think it will be an interesting experience."