Party Stops as Giant UFO Flies Directly Over It 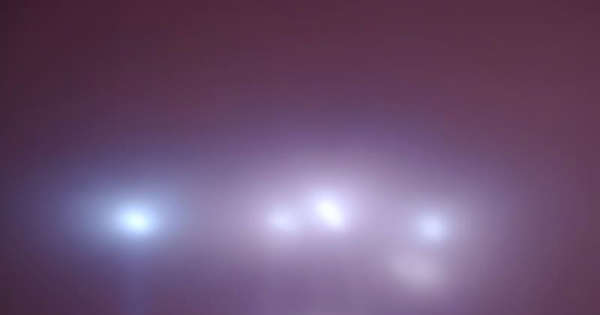 You can hear the party-goers as they realize what's above them.

Shouts of excitement and confusion can be heard as this party full of people stops to watch a strange series of lights fly through the sky directly above. Over and over people exclaim “What is that?” The bright, burning lights are grouped together in a tight clump and all travel the same direction with tails of light in varying lengths.

This spectacular light show is unlikely to be extraterrestrial aliens, although this is almost certainly what they would look like should they be unable to withstand decent into the earth’s atmosphere. These dazzling lights soaring through the sky are likely to be a crashing satellite burning up as they fall from orbit. These man-made meteors are often mistaken for UFOs as more and more of them can no longer maintain their trajectory around the earth.

Natural meteors may move in the same general direction across the sky during showers but rarely clump together in the precisely same trajectory as each other, which is typically only seen as something breaks apart upon re-entry.

It is unclear what specifically was captured in this video as there have not yet been reports specifying, however this night sky event is visually comparable to satellites, rockets, and StarLinks that have plummeted through the earth’s atmosphere.

Love what you're reading? Be sure to follow us on Google News for the latest updates.