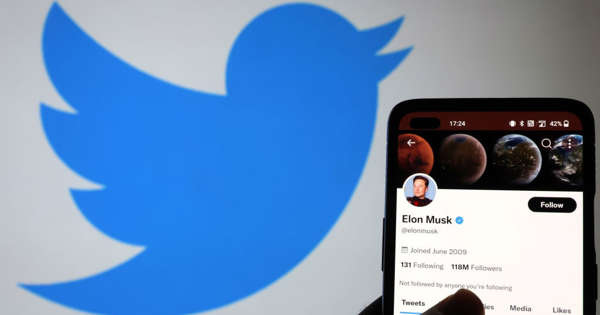 Twitter CEO Elon Musk, in his latest bizarre change to his newly-acquired social media company, announced Thursday that he will grant “amnesty” to suspended Twitter accounts—opening the door for a spike in harassment, hate speech and misinformation, online safety experts say.

The billionaire’s decision seemingly came from a poll he posted to his timeline asking Twitter users whether suspended accounts that have not “broken the law” or took part in “egregious spam” should be given a second chance. The yes vote was 72%.

Should Twitter offer a general amnesty to suspended accounts, provided that they have not broken the law or engaged in egregious spam? — Elon Musk (@elonmusk) November 23, 2022

Musk had previously floated the idea of reinstating accounts, but said last month that Twitter would not do so until a new “content moderation council with widely diverse viewpoints” was set in place. He also promised that no “major content decisions or account reinstatements will happen before that council convenes.”

It’s unclear whether Twitter’s content moderation team is in place to handle what’s certain to be an influx of hateful comments that breach Twitter guidelines should nearly all suspended accounts be reinstated at once.

What is certain, however, is that Twitter has been bleeding employees since Musk took over—from a mixture of resignations and layoffs, with some employees fired as recent as Wednesday night.

Making decisions via Twitter polls also appears to be a growing trend for Musk. Just last week, he used the same methodology—and same Latin phrase to announce his decision—to justify reinstating the account of former President Donald Trump, which Twitter had banned for encouraging the Jan. 6 Capitol insurrection.

Critics have pointed out that Musk’s Twitter polls are far from scientific, and are susceptible to bots—the cause of an earlier collapsed bid of his to buy the company.

Read more at The Daily Beast.